These days, when you want to play video games, you usually buy a television that’s capable of handling the many features you can get out of your system. That means having something with a big screen, 4K compatible, and obviously with the best stereo sound you can muster.

But what about TV’s that are dedicated to video games? Believe it or not, there were some made not too long ago, and they made for some interesting collectibles amongst the gaming elite. Today, we’re going to take a close at two of the best models available, and how they compare against one another. And more importantly, which one’s best for your gaming needs. 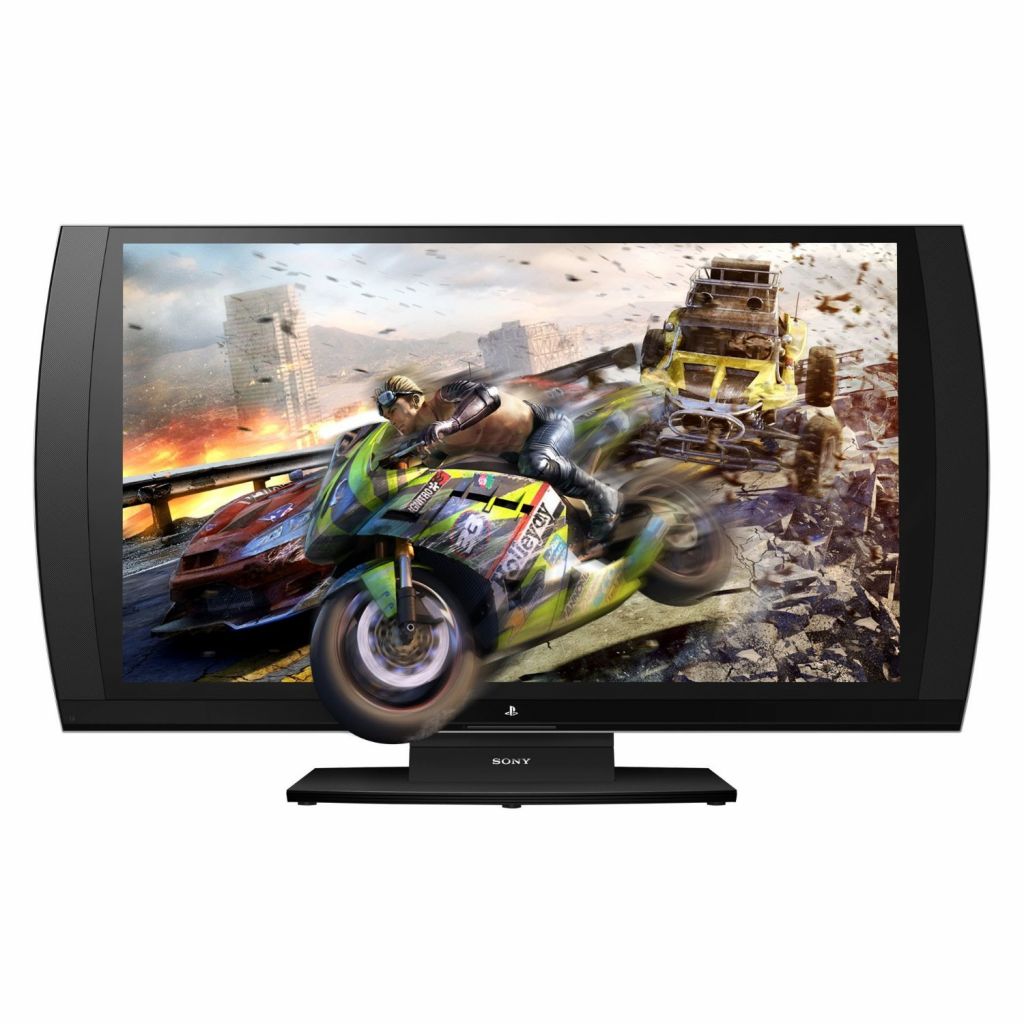 So, without further ado, let’s take a closer look at the Samsung GXTV and the PlayStation 3D TV!

Gaming was a lot simpler in the 90s. You invited your friends over to play Goldeneye; you conquered the castle in Symphony of the Night; and you swore the Sega Saturn would be the next big thing. But in 1997, we were treated to the GXTV from Samsung, a TV released specifically through Funcoland. Selling for $300, it was state-of-the-art tech, with multiple composite inputs for systems, as well as a stereo system with built-in speakers that surrounded the screen and a slick-looking picture.

Sure, the model was only 13”, and that’s child’s play compared to your fancy dancy 80” televisions these days. But back in the 90s, this all-in-one unit was truly a marvel, a fun TV that enabled you to get the most out of your PlayStation and Nintendo 64 games. Not to mention that it had a bass-heavy subwoofer built right in, so you didn’t have to worry about getting that surround sound effect. It was actually ready to go. 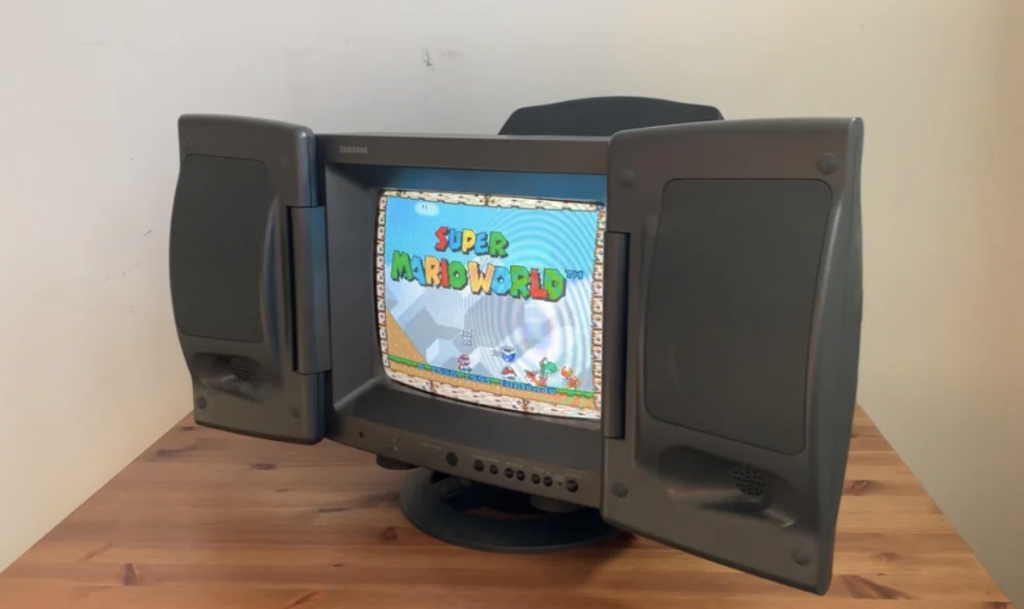 Nowadays, though, finding a working model can be a crapshoot. It’s an older TV, so that means finding one that still operates like a charm will not only be tough, but costly. However, when it comes to playing old-school games, there’s really nothing better – unless you have one of those big-screen all-in-one units that you can roll from room to room.

Meanwhile, roughly over a decade later, in 2011, Sony decided to take its PlayStation 3 gaming to the next level with a specialty made monitor that you could connect right to the system. Hence, the PlayStation 3D TV was born.

Standing 24” tall and featuring a sleek widescreen-style display, and packed in with two pairs of 3D glasses and a copy of MotorStorm Apocalypse (which is a far better game than people give it credit for), the PlayStation 3D TV sold for around $200. That wasn’t a bad deal, especially for those that were looking for a good 3D TV for the price. At the time, higher-end models sold for far more, so you could tell this was a bargain.

Sure, its size is small, but it’s really a well put together unit, capable of easy connection and set-up. What’s more, it also features built-in speakers and subwoofer, not as big as the GXTV but still pretty nice, to get the most from stereo sound. Despite its small size, it still delivered quite a bit. And, hey, it could work with Xbox and Nintendo systems too. Take that, compatibility! 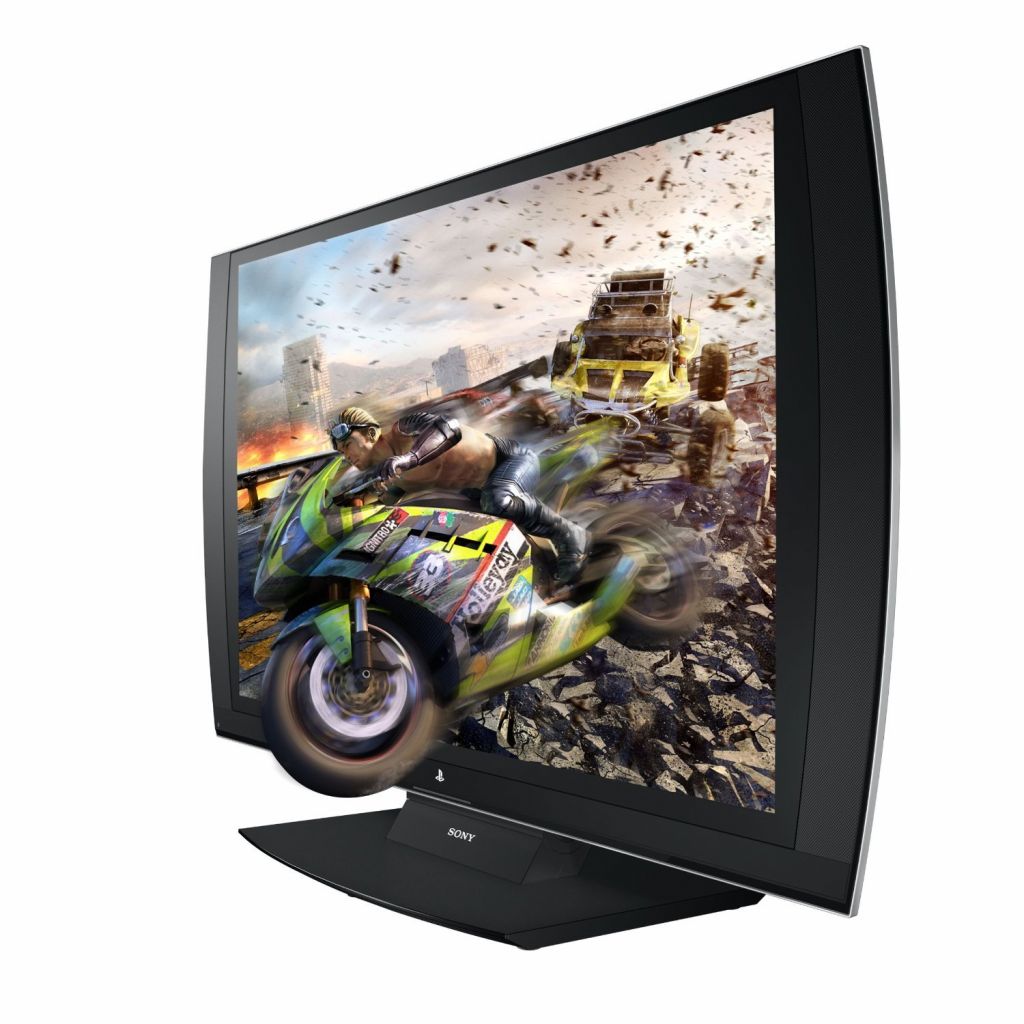 It’s a little easier to come by than a GXTV, and that’s good news for those of you with a PS3 and a library of 3D movies you’re itching to play. But its smaller picture may be a turn-off, especially compared to what other TV’s offer for about the same price. However, if you can pick one up, it makes for a good addition to any game room.

So Which TV Is the Best PlayStation or Samsung?

Well, that really depends on what you’re in the mood to play, really. The GXTV is cool, but it doesn’t have any sort of HDMI port. Meanwhile, the PlayStation 3D TV is also excellent, but lacks the older ports to support systems from, say, the 90s.

So it comes down to this. If you’re an old-school gamer that believes in systems with AV plug-ins or the cable screw-in, then the GXTV is a must-own. It’s an awesome old-school TV that really brings the most out of older games.

However, if you prefer something more sophisticated that still works with current systems without breaking too much of a sweat – as well as any 3D enabled content that might be on said systems – then the PlayStation 3D TV is for you. It’s sleek and easy to use, and still has a pretty good picture after over a decade in release. It’s not amazing and doesn’t support 4K, but has something within it all the same.