The next generation of consoles started in November 2020, but we have yet to see any AAA next gen games. Could 2023 be the year to change that?

The generation feels like it started a long time ago now, and it doesn’t help that we’ve had the covid time vortex to contend with during this time too. But from a gaming perspective, it doesn’t really feel like the ‘next’ generation has started at all. Don’t get me wrong, there have still been AMAZING games drop that look and play fantastic, but nothing that feels truly ‘next gen’. Okay, there has been Ratchet & Clank A Rift Apart, Flight Simulator and The Medium maybe one or two more indies. These though, either have much more niche audiences, or were more of a showcase of faster memory. 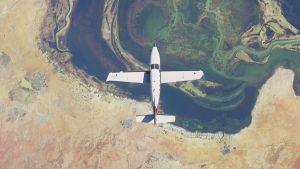 Even last generation, it was a couple of years before we started seeing what the Xbox One and PlayStation 4 could really do. Witcher 3 feeling like a significant landmark game where people were like, yep. THIS is next gen. So it does take some time. Such is the money in gaming nowadays though, that letting go of those install numbers of over 100 million (on the PlayStation side of things), can be difficult to take. Especially when the business model for is focused around software sales… Or at least it was. Enter game streaming. For all their talk at the start of the generation, PlayStation seemed like the ones who will be pivoting their first party studios first ‘we believe in generations’. Of course now they will be last. To be fair to them it was hard to foresee the chip shortage coming. Had they been able to get out PS5s out there we would be seeing much less cross-gen games from them. So it seems now it will be Xbox who are the first to switch fully to pushing ‘next-gen’ only games. Why? It comes down to this. Xbox Game Pass and Xcloud. Or Xbox Game Pass Cloud or whatever name they are using nowadays. That and global supply chain issues that are impacting the sales of both PlayStation and Xbox Series consoles.

This allows Microsoft and Xbox to get around the shortage of hardware. All Xbox One players will need to do is subscribe to Game Pass and they will be able to play these ‘next gen’ Xbox games. Just as well PlayStation have revamped their PS+ service… So, but for delays to Redfall and Starfield we would be seeing the first true ‘next gen’ experiences in 2022. Alas, they have been delayed until 2023. But in 2023 gamers will be seeing what these more powerful CPUs, GPUs, SSDs and software tools can really do.

Before we talk about what games are coming, it is important to detail what features we can expect to see from next gen. Back in the day it was pretty obvious as the upgrade in graphics was so apparent. But some PlayStation 4 and Xbox one games already had photo realistic graphics. So what now are the big factors to make a game ‘next gen’?

Animations – Even thought we have some spectacular looking games, animations and character expressions have looked a little suspect at times. We can expect to see much more detail and a much greater number of animations available.

Physics – Across all games we should be able to see these, but maybe the most obvious will be in sports and sim racers. From tyre degradation, track temperature and aerodynamics, to more accurate tackling passing and ball control.

Visual effects – There is huge variety here and it will differ depending on game and art style… But shadows and lighting (including raytracing), particles effects, texture quality, draw distances… But of course there will be a huge variation in what developers prioritise due to different art styles.

AI – This includes but is not limited to more sophisticated NPC routines or player companions, better, more intelligent enemy behaviour, more complex and interesting character capabilities, improved team games. It really does depend on the genre of game

Frame rate and resolution – Going together because a lot of gamers seem to only remember these two, so they don’t need their own section. But anyways. Higher resolutions and frame rates are possible.

Bigger more interactive worlds – The size of maps, levels, dungeons etc can all be increased. That said it would be nice to see this resource go into adding greater details to worlds we already have. 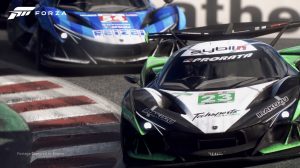 The ‘next gen’ only games supposedly arriving in 2023 at time of writing. Some may miss this window but the first half of this list should hit 2023:

Need for speed – is allegedly coming out in 2022 and is apparently only available on next gen systems.

God Of War Ragnarok coming 2022 to PS4 and 5. Cross gen. Although, it will probably feel pretty next gen!

It is also worth mentioning that although the Xbox first party seem to be the first to fully commit to the next gen only releases, PlayStation have plenty of 3rd party exclusives which are apparently only coming to PS5.